What Is Intermittent Fasting? 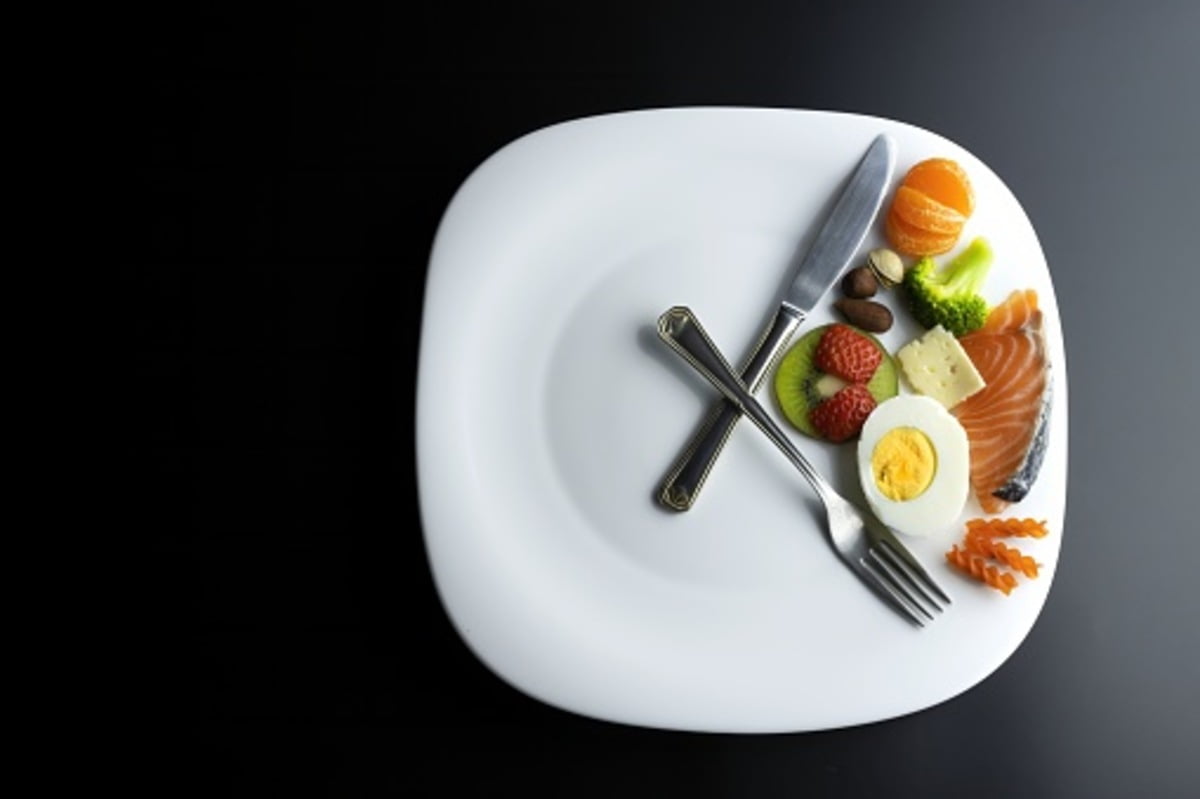 Intermittent fasting is a common diet regimen that cycles between periods of fasting and eating. People may use this diet to lose weight, but the results can be variable, and some people have experienced negative side effects from the method. To avoid complications, learning more about intermittent fasting before you begin using it is important.

It’s a diet regimen that cycles between brief periods of fasting and periods of unrestricted eating.

The main concept of intermittent fasting is restricting your caloric intake for brief periods. You normally eat for five days a week, but you should eat as little as 500-600 calories for the other three days. Then, you fast for at least eight hours on those days. On fasting days, you can eat light foods such as boiled eggs. Small amounts of dairy are also allowed.

OMAD is a form of intermittent fasting that cycles between periods of fasting. This diet requires you to abstain from eating all day, except for one small meal during the day. However, it is not for everyone, especially people with certain health conditions. You also risk developing a binge on the first day after fasting 20 hours. The OMAD plan is not recommended for those with heart disease, diabetes, or other serious medical conditions. In addition, you have the potential for malnutrition when you fast for extended periods.

Studies have found that intermittent fasting can help improve memory, learning, and mood in older adults. It also eases depression and boosts the growth of new brain cells. The key benefit of intermittent fasting is that the diet regimen encourages the body to utilize fat cells instead of carbohydrates for energy. When you eat, your body stores energy in your liver in the form of glycogen. After 10-12 hours without food, this glycogen is burned, and your fat cells release fats into your bloodstream. The liver then converts the fat into energy.

It can help you lose weight.

While intermittent fasting is a popular way to lose weight, there are some important things to keep in mind to keep it healthy. You need to drink plenty of water during fasting and avoid foods high in sugar. Consuming only sugar can lead to a crash in your blood sugar level, so you must avoid such foods. Drinking water is also important because it will help you feel fuller until the next meal so that you won’t overeat or pack on excess calories.

When you fast, you put your body into a ketosis state, which uses fat for energy instead of glucose. This process helps your body burn stored fat for energy, which has been shown to reduce body weight and fat. Your body will pass through four metabolic states after a meal: the post-absorptive state, the early fasting state, and the late fasting state.

Although intermittent fasting doesn’t require a strict diet, you should consider adjusting your meal plan to include a wider variety of foods. This will give you more variety and more satisfaction. It is also better for your health to eat with others, rather than to eat alone.

It can cause disordered eating patterns.

Intermittent fasting, a controversial diet plan that encourages fasting between meals, may lead to disordered eating patterns. This eating pattern encourages bingeing and restricting food intake, leading to a vicious cycle. If undiagnosed, the cycle can continue without intervention and lead to an eating disorder. It is important to be aware of the risks involved before starting any diet, however, and to seek the advice of a health professional before starting a fasting diet.

Many experts have warned that intermittent fasting can lead to unhealthy food relationships. In addition to promoting binge eating, this type of diet can also promote self-criticism and disordered behaviors. This is a major risk factor for an eating disorder with no one cause and many potential side effects. However, it is also important to note that intermittent fasting is not the only way to develop a disordered relationship with food. In addition to causing self-criticism, depriving one’s body of food for a long period can increase stress, disrupt sleep, and even lead to destructive behaviors.

Despite these risks, intermittent fasting can be a viable and beneficial diet solution for many individuals. The key to recovery is seeking help as early as possible. Your GP is a good first step, but you can also seek local support groups and services.

It may be harmful to some people.

Intermittent fasting has several potential risks, including developing an eating disorder. Eating disorders can have many causes, but dieting is one of the most common factors. People who engage in intermittent fasting may become too hard on themselves, especially when it comes to breaking their fast. This kind of shame can be a warning sign of disordered behavior. In addition, depriving yourself of food for a long period may also increase stress levels and disrupt sleep.

In addition to its risks, intermittent fasting is not for everyone. It can look like starvation and may resemble harmful binge-eating cycles. Some mental health experts are split on whether this diet is safe, while others say intermittent fasting can play into the common perception of food as bad.