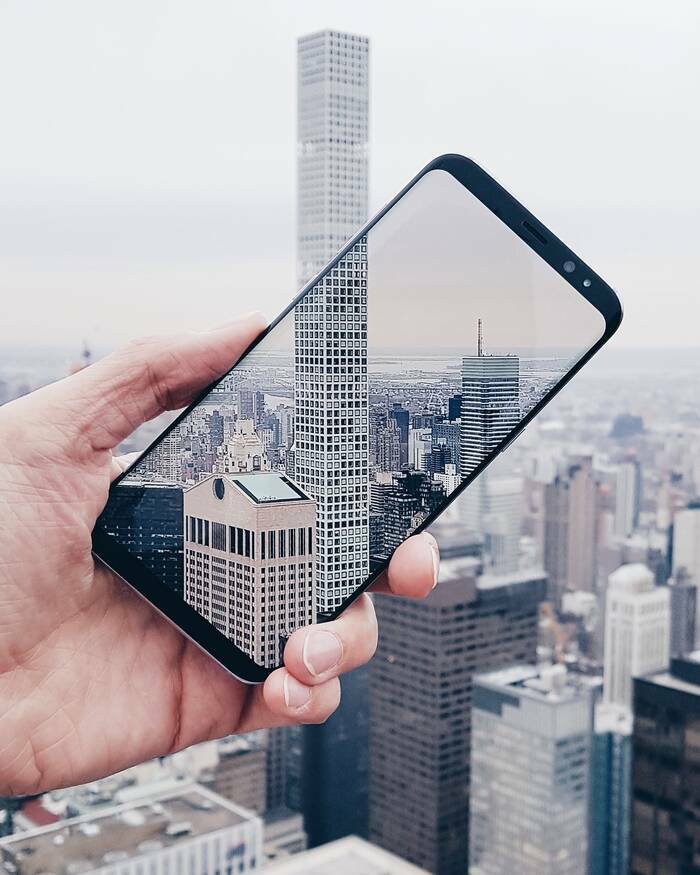 Compared to the Galaxy S8, the screen size of the Galaxy Note 8 is slightly larger. The display has a diagonal of 6.3 inches instead of 6.2 inches. However, the overall size of the phone remains the same.

Besides the increased screen size, Note 8 also has two excellent rear cameras. Both of them are 12 MP and feature optical image stabilization. The cameras are accompanied by an upgraded processor and capable ARM Mali-G71 MP20.

The Note 8 is also equipped with an S Pen. This handy stylus has a thin tip of 0.7 mm. It recognizes 4096 pressure levels and offers improved note-taking features. Moreover, the S Pen software offers improved translation features. You can also save notes to Samsung Notes.

The Samsung Galaxy Note 8 comes with a handy DeX dock. This dock allows you to use the Note as a desktop.

Whether you want to zoom in on a subject, blur the background or take a photo of a friend, the Dual rear cameras on Galaxy Note 8 provide an easy solution. The camera’s optical image stabilization allows you to capture clear pictures even in low light.

The second camera on the Samsung Galaxy Note 8 offers a wide-angle lens and a zoom lens. Its f/1.7 aperture produces sharp photos from a distance. However, there are artifacts on the second camera. It can also suffer from sensor issues.

The Samsung Galaxy Note 8’s main camera has a telephoto lens with an f/2.4 aperture. The telephoto lens has a wider aperture, allowing you to capture photos with a greater depth of field. The f/1.7 aperture on the wide-angle lens allows for crisp photos in low light.

Having the best smartphone stylus is an essential part of owning a mobile device. Samsung Galaxy Note 8 comes with a stylus that offers a specialized set of features. If you have a Note device, you can test it out for yourself. There are a few things you should know before you take the plunge.

The S Pen has been around for a while, but Samsung has managed to upgrade it in a smart way with the Note 8. You can use the S Pen to write on your screen, add pages to your notebook, or make your notebook more interactive by adding stickers and annotations. The S Pen can also act as a remote control.

The S Pen is a bit thicker than its predecessor, but the rubber tip feels just as good. Samsung has also added a spring mechanism to later models. You can even use your S Pen to translate foreign phrases.

Among the many features of the Samsung Galaxy Note 8 are the hybrid SIM and SD card tray. These cards can expand the memory capacity of your device, and they also allow you to exchange data with other compatible devices. You can find these cards at your local electronics store. Here is a quick rundown of how to add a microSD card to your Note 8.

The first step is to turn off your device. Next, open the device by gently pressing on the top center of the phone.

Once the device is unlocked, locate the SIM tray on the top left side of the phone. The tray is made of two pieces, and it can be removed with a paperclip or with a sharp object.

Unlike the Note 7, the Galaxy Note 8 battery isn’t a big power hog. It’s actually quite small compared to the S8, and the battery is built to be manageable and light. Its 3300mAh battery isn’t huge, but it’s enough for most users on an average day.

However, the Note 8’s screen takes up a lot of power. It’s a high-definition screen with three resolutions. You can opt for the Quad HD+ mode to make the most of the display. This is a great option for watching movies, and it gives you extra punch when you’re playing games.