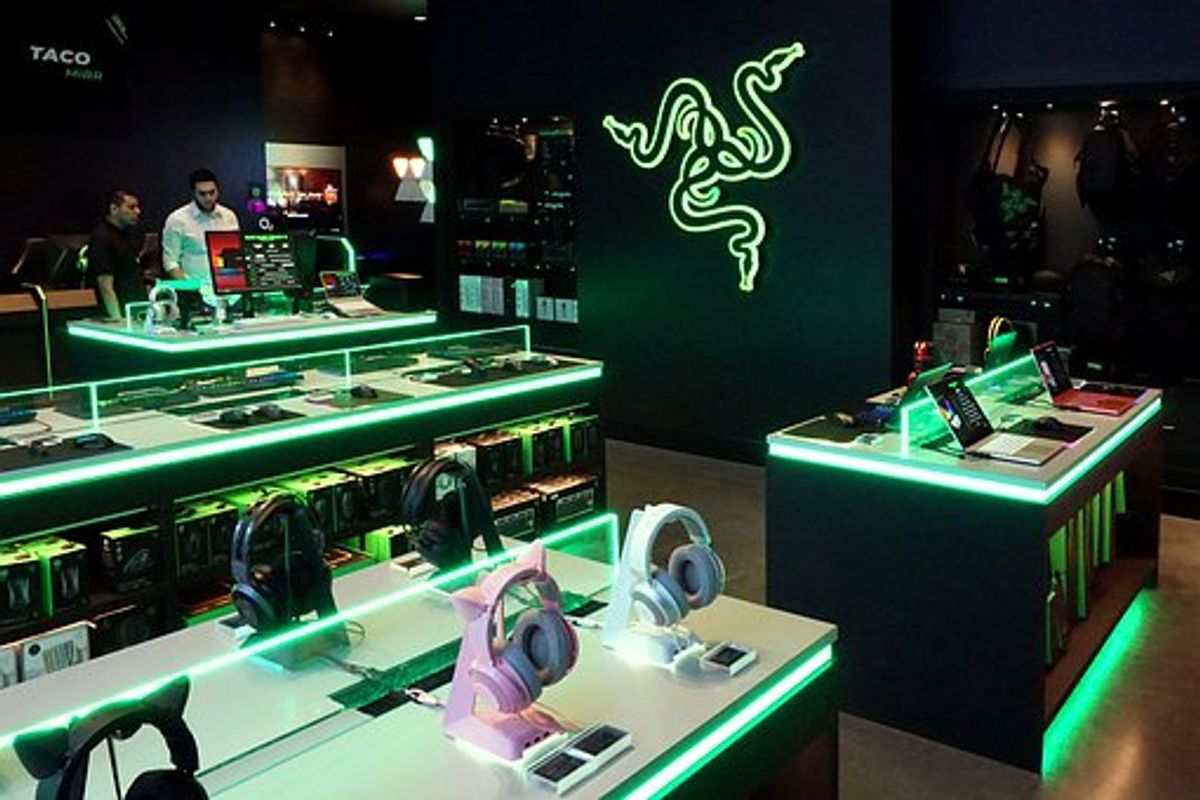 Gaming mouse, keyboard, headset, headphones, monitor, even… table and socks! How should a customer who wants to buy good equipment approach this popular term? It is necessary to be careful, because sometimes “gaming” can mean “better”, but sometimes it just means “overpriced”.

Gaming peripherals began to appear on the market in the late 1990s.

Over time, the range of gaming equipment expanded to include almost all peripherals.

Recently my parents asked me what gaming equipment is. The box was looking for a headset. They came across a model described with that exact word. Something many of us takes for granted can be a problem for many. It’s hard to say what lies behind the term “gaming”.

What does the game mean to players?

The first and most obvious answer that comes to mind in such a situation is “a device created for gamers and designed to perform optimally when used to play video games”. This exhausts the etymology of the word “gaming”, which comes from the game – to play and then gaming – to play, meaning “like a game”, “made for playing”.

But halfway through my speech, I bit my tongue because I realised that’s not quite right. It’s like garbage bags. As long as we don’t put garbage in them, they’re bags that we can put anything in. If only the features of a particular product meet our needs, the default definition is meaningless.

Does using a mouse to play games make you a gamer? Not if you use it to work on a spreadsheet. Why would it do that? Precisely because of the variety of functions currently associated with “gaming” equipment.

Razer ushers in the gaming era

Until the late 1990s, the word “gaming” was used not only for equipment that was not intended for gaming purposes. Consoles and controllers, but also, for example, joysticks for various consoles and computers were gaming devices. However, there were no keyboards, monitors or mice for games.

This changed when competent gambling moved from gaming machines to thatched roofs. When everyone had a Nintendo 64, a PlayStation, a Sega Saturn or one of the first computers in the house, gaming machines lost their importance. On the one hand, more and more people wanted and were able to participate in various competitions, and on the other hand, the phenomenon we now call e-sports started to spread.

When the first Doom, Unreal and even Half-Life games appeared, everyone played them with keyboards, mice, speakers/headphones and monitors, which in our country was described with a fancy term: multimedia. Almost no one thought it would be any different. The advantage might be a better processor and a bigger screen, but what about the headphones or keyboards?

Razer’s founders believed that peripherals would be important for professional gaming. And they were right. When they introduced their first gaming mouse, the Razer Boomslang, in 1999, few took them seriously.

The mouse was unusual. The buttons were too big and made of rubber compared to other mice on the market. However, the most important thing about the Boomslang was its sensors, which at the time offered an unattainable 2000 DPI performance, which was later upgraded to 2100 DPI in the next revision. It’s worth noting that it was a mechanical mouse, commonly known as a ball mouse. At that time there were no laser mice or optical mice.

Along with the Razer Boomslang began the slow development of all kinds of peripheral games, the features of which would help gamers achieve the best possible results. Speed and accuracy were very important. Increasing the sensitivity of the mouse increased the accuracy of movements. For reasonable values, this improves accuracy, but then (for example for 8K or 16K DPI) it becomes a problem, as even small deviations and unintentional hand tremors are recorded.

Along with mice, gaming keys also appeared. While there were cheap membrane keyboards suitable for casual gaming, gaming equipment manufacturers stuck to mechanical switches that could register pressure faster, reducing the time between our movements and the character’s reactions during gameplay.

Advances in computer components enabled games to run at 30 frames per second or more, and displays with refresh rates of 90 Hz, 120 Hz and even higher Hz became commonplace. This results in smoother images that make it easier to see the smallest details and fine, fast movements on the screen. Also known as gaming headsets.

With headphones, the situation is different. In this case, the well-known headset was used to ensure a smooth conversation without having to buy an extra microphone. Over time, headset manufacturers realised the importance of environmental sound in games and were able to identify opponents by finding the source of the sound of their feet tapping on the ground. The result was a headset with surround sound and a microphone that became a gaming headset.

For gaming, that is, with RGB backlighting.

Around 2015, there was a boom in devices with RGB backlighting, named after the colour palette that can be achieved by mixing the three primary colours of red, green and blue. The trend probably started with streamers showing their devices in different colours while streaming on Twitch. tv.

Eventually mice, keyboards and even mouse pads, monitors, headsets and desks appeared: everyone wanted a colourful mouse. Why would you want coloured headsets if you can’t see them? This shows that not everyone is advised to invest in such equipment. More and more companies are pushing the boundaries of absurdity by using coloured LEDs everywhere, from RAM to computer fans… Even computer power supplies. Yes, the ones that are closed and facing the ground most of the time.

It’s no secret that we pay for logos. Whether we’re buying equipment from trusted manufacturers or going for trendy products like the once-popular Dr Dre beats, we have to add a “logo fee” to the price of the product. The same goes for gaming equipment, especially when it comes to cheaper solutions.

Adding RGB backlighting to a cheap Chinese keyboard can increase the price several times. According to the manufacturer, replacing small headphones with round speakers and adding a cheap microphone is also a gaming rig, but not really for listening or talking, and you have to pay more.

This does not mean that non-gamers should be completely excluded from gaming devices. After all, they are usually quality equipment designed to last for many years. Precision, ergonomic mice and the ability to change the load with removable weights are not the only features that gamers will appreciate.

Mechanical keyboards are suitable not only for gaming but also for typing. You can feel the resistance of the keys and the timing of clicks, which is not the case with membrane keyboards. And some people who never play games may appreciate the colourful backlighting and be willing to pay more for it.

Read also: Daily In The Life Of An Regular Apple IPhone User

Which Tools are Best for Home Renovations?